PSYCHE AND PRE-SOCRATIC GREEK PHILOSOPHY IN THE FILM SOUL

The efforts of ancient philosophers to understand people and the world center on the nature of creation and the concept of spirit and God. The term “psyche” (ψυχή), which comes from ancient Greek, has acquired different meanings depending on the philosophers of each age. In monotheistic religions, it is the soul, which activates the body and provides a goal for the individual, but it is distinct from the concrete individual; it is not an entity that lives on after the individual dies. The term has also been used in such senses as the logic, idea, spiritual element, and essence of man, his values, and his personality. This study uses content analysis to identify the dominant categories through which the notion of psyche and the thought system of the Pre-Socratic philosophers more broadly, including abstract concepts such as creation, death, goal, and spirit, are presented to a child audience. Animated films, whose main target audience is children, are a communication tool that assumes a social function, just like popular media products in other categories. But children make sense of the world differently from adults, which affects how the contents of such films are structured and presented, especially in terms of the connection established between image and reality. The study’s main questions consist of the following: Through what perspective does the film Soul present the abstract concepts it contains? In which philosophical period it does it present the question of existence (on which ontological philosophy is based)? And which thoughts of the Pre-Socratic philosophers take shape around the issue of existence and spirit, and which ones are excluded from the framework? 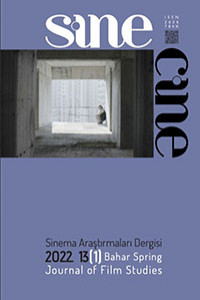