A Research on General Knowledge Levels of Turkish Pre-Service Teachers

The research aims to determine the general knowledge level of Turkish pre-service teachers. The working group of the research, which is designed as a survey research, consists of 287 students studying in Turkish education departments of the education faculties of Gazi University, Hatay Mustafa Kemal University, and Abant İzzet Baysal University. In the study, open-ended questions, which were asked to the contestants in a quiz show on a national radio channel, were used in order to determine the general knowledge level of the students. The "General Knowledge Level Test", consisting of 26 open-ended questions, is the data collection tool of the study. The questions were asked in 7 categories, which consist of history, geography, literature, science/technology, economy/politics, arts, and sports. According to the results of the research, the average success level of pre-service teachers is 48%. It was found that 67.8% of the students answered literature questions, and 36.2% of students answered economy/politics questions correctly, so the field in which students mostly succeeded is literature, and the field in which students mostly failed is economy/politics. When university is taken as an independent variable, it is seen that there is a statistically meaningful difference between Gazi University and Bolu Abant İzzet Baysal University in favor of Gazi University in terms of students' general knowledge scores. There is not a statistically meaningful difference between Hatay Mustafa Kemal University and other universities. According to the grade level variable, 4th grade students are the most successful; according to the gender variable, male students are the most successful. These results show that Turkish pre-service teachers should improve themselves in terms of general knowledge. 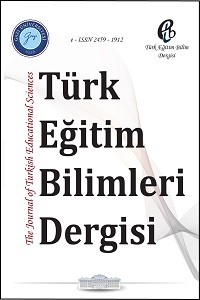