Roe deer (Capreolus capreolus L. 1758) is spread all over Europe, including in the west of Russia, and in the Anatolian and Caucasian regions. Roe deer is found in the Marmara, Black Sea regions, Hakkari, Izmir, and Amanos Region. The roe deer, which started to dispersal towards the center of Central Anatolia with the population increase, was never seen in the Kırıkkale Karagüney mountains until the last ten years. In this study, it is aimed to give information about how the roe deer dispersal to the Karagüney Mountain, its population size and habitat use. The study was conducted between 2013-2020 using direct (Point counting and line counting) and indirect (Foot print, photo trap, etc) observation methods. The population of roe deer in the area has reached up to 11-14 individuals in the last six years, and it is very likely that it will come from Eşekli mountain or Uğurludağ forests to the study area. Adapted to the area, roe deer is more common in areas where forests and agricultural areas intertwine, and it avoids highways and settlements. By means of steppe forests, The roe deer has spread to Central Anatolia between 40 and 100 km in the last decade. The adaptation of the roe deer to this area gives important clues about reintroduction and distribution of species, ecological connections between refuge areas. 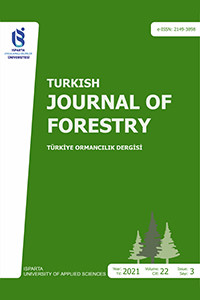