Since the 1648 Westphalia agreement, war has been maintaining its existence as a method of conflicts resolution between states. In parallel with the developing technology, the lethal power of nuclear, biological and chemical weapons of mass destruction raises not only concerns about human life, but also the danger of extinction of all humanity and the civilization. At the end of the Second World War, a new international system has been established which absolutely prohibits the use of force among the states and UN has been tasked to supervise and implement this principle. Nevertheless, since 1945, despite the existence of prohibition of the use of force, there has not been a single year without a war in the world. On the contrary, wars and conflicts around the world show an increasing trend year by year. This article emphasizes that the basis of this contradiction lies in the broad and different interpretation of the right of self-defense granted to the states.

International law, Prohibition of the use of force, Self-defense 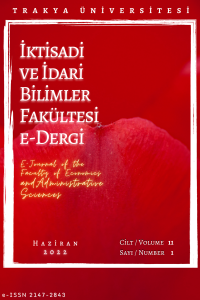