AN INVESTIGATION ON THE GLOCALIZATION OF INTERNET SERIES: THE CASE OF: ‘THE PROTECTOR’

Thanks to the possibilities of the new media, we have entered a period in which serials, which are a genre of traditional broadcasting, are watched on digital video streaming platforms. In this environment, where the borders between countries have become more flexible and transitive due to the nature of the Internet, the effort of large global companies to dominate the market stands out. Hakan: Muhafız (The Protector) series was broadcast on the Netflix platform, which has the most dominant position among these global companies, as the 'first Turkish Netflix Original'. The global Western narrative structure was preserved in the series, but a 'glocal' cultural product was created by combining local elements. In the research, these glocal features in the series Hakan: Muhafız (The Protector) were examined within the framework of Hofstede's cultural indicators approach. As a result of the research, it has been seen that a global narrative has emerged in terms of storytelling and content, although local elements are included in the series. 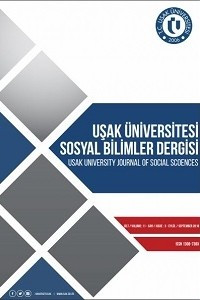