A Critical Analysis of the Public Sphere in the Digital Age: The Case of the Petrocaribe Challenge Movement

While studies that address the relationship between social media and social movements generally use the functionalist paradigm, the critical analysis of the public sphere in the era of distributed media emphasizes the importance of political economy and political communication. Based on the critical political economy analysis of distributed media, this study examined the Twitter-mediated protest "Petrocaribe Challenge" in relation to a possible political public sphere in Haiti. To this end, a qualitative method that includes content analysis and critical discourse analysis was used in the study. Also, 163 tweets purposely selected by the researchers were analyzed. The research findings showed that the Twitter-mediated Petrocaribe Challenge is a political protest with no leadership and a significant lack of online engagement and communication. Besides, the study found that in a political sphere characterized by extreme social inequalities, universal participation is crucial to the formation of a critical public sphere. Although most educated people in Haiti use social media, the majority of Haitians do not have access to these online platforms, which goes against the principles of the public sphere. While the findings of the present study do not allow for generalization, they make up a significant contribution to the critical analysis of social media as a public sphere. 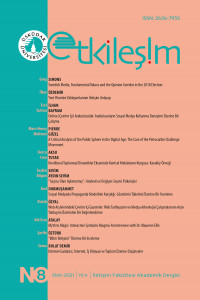