In recent years, the re-functioning of historical buildings, which survived to the present day by giving identity to the cities they are located in with their structural, natural-cultural qualities, is a method on the agenda in conservation studies. Since the method of giving a new function to the historical building leads to interventions at spatial and urban level, it is important to minimize these interventions. For this reason, it is necessary to make new functional decisions by well organizing the environmental, social and economic sustainability components. This study discusses the importance of decisions on the new function and the processes of making these decisions based on two examples of Ottoman Period inns, which were built for the same function but restored for different functions, in the city center of Tokat. Selected samples, Taşhan and Deveci Han, where the new function decisions were made with the opinion of the executive manager without scientific analysis, were restored for commercial and educational purposes, respectively. Apart from these inns, which are examples of inner-city inns, there are four other inns in the city, which have been excluded from the scope of this study because two are in ruins and the other two are under restoration. Information on these selected inns was obtained through literature study, and the missing information about their different uses was tried to be completed by supporting interviews. Then, spatial and urban analyses were made to evaluate the new functions of the buildings. Spatial analyses were evaluated with the suitability of the building for its architectural integrity, the ability of the new function to meet the spatial and physical comfort conditions, and accessibility criteria, while urban analyses were evaluated with questionnaires for the location of the building in the urban scale and the satisfaction of the building and environment users. As a result of the studies, it has been seen that the function given to Taşhan is suitable for the building and its environment, but not suitable for Deveci Han. As a result, this study shows the importance of new function decisions to be made in order to protect historical buildings and environments in the context of sustainability criteria, not randomly, and attempts at developing a method for spatial and urban research in making these decisions. 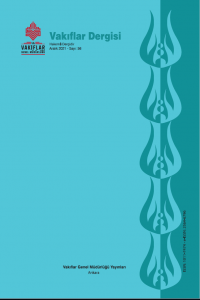