An Overview of the Ways of Deriving Words in Arabic

In this study, the word formation methods used in Arabic were examined. The aim of the study is to eliminate the deficiency in this field by considering the word derivation ways in Arabic holistically. Another aim of the study is to provide the recognition of new methods in addition to the known methods by addressing some methods that are at the least not used. Within the scope of the study, firstly the words and their types were introduced and then the ways and examples of word formation were examined. Accordingly, the ways of word derivation seen in Arabic will be examined under the headings of reactionary, istiqâq, tarîb, naht, stereotyping (siyağa), ba'su'l-kelimât, reflection (esmâ al-aswat), analogy (tamsil) and borrowing (iqtirâz). were studied and examples of the words derived in these ways were given. As a result of the research, it has been seen that there is a great need to derive new words because the language undergoes a continuous development and change process. Especially today, in addition to the rapid development of science and technology, the interaction between societies and languages through the possibilities of communication and transportation has made it inevitable to derive new words and terms. 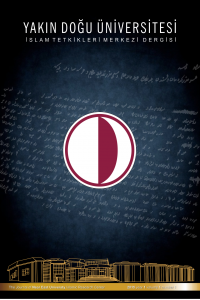