In this study, yield direction, tail shape and origin of sheep genotypes raised in eighteen provinces in the Black Sea Region were taken into consideration. The study material consists of the data obtained in 2021 through the Livestock Information System (HAYBIS) of the Ministry of Agriculture and Forestry of the Republic of Turkey. The total number of sheep in the Black Sea Region is 2.261.719 heads. A total of 33 sheep breeds are raised in eight provinces in the region. While the province with the highest number of sheep breeds is Tokat (420.608 heads), the lowest number is in Bartın (5.821 heads). Karayaka, Akkaraman and Merino are the sheep breeds in the provinces (18 provinces) where the most breeding is done in the region. The least grown domestic sheep breeds in the region are Tuj, Zom, Hamdani and Koçeri. The average number of domestic sheep in the region is 2.054.336 heads, the number of imported breed sheep is 207.383 heads. Bolu was the most imported 9 sheep breeds in the region. According to the tail shape, the difference between the provinces in terms of the number of sheep is statistically significant (p<0.05). It is understood that the semi-fat-tailed breeds of sheep in the Black Sea Region are more adapted to the climatic environment than their tail structures. It has been observed that the thin-tailed breeds are more concentrated in the west, and the fat-tailed breeds are concentrated in the eastern provinces. 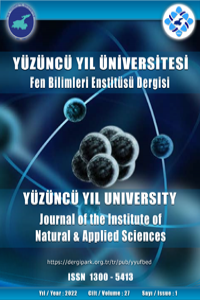