A Study on the Problem of Flea and Struggle Methods in Small Ruminats: The Case of Sirvan District in Siirt Province

Objective: The objectives of the study was to determine the importance of flea in sheep and goat breeding enterprises of the Şirvan district of the Siirt province and to contribute struggle methods against flea.

Material and Methods: The research material consisted of 165 small ruminant farms selected by the sampling method from the records of Şirvan district Directorate of Agriculture and Livestock.

Conclusion: In Şirvan district of Siirt province, the importance of flea damage in terms of small ruminant breeders should be emphasized and struggle methods to minimize animal deaths or economic losses caused by fleas should be determined. 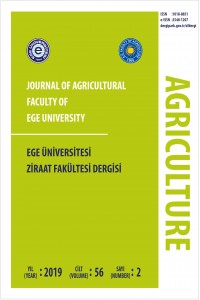