In this study, the development of bilayer films with bovine gelatin (BG) and poly lactic acid (PLA) was investigated, and the effect of gelatin layer thickness on optical and mechanical properties of bi-layer films was evaluated. BG incorporated PLA films didn’t separate from each other during mechanical analyses, which means uniform film structure was obtained. The L* values significantly decreased, whereas a* and b* values increased when compared with neat PLA film. The color differences of bi-layer films were classified between “very distinct and great” depending on the thickness of BG layer. The lowest opacity was obtained from neat PLA film, and increasing thickness of BG layer increased opacity due to yellowish color. The lamination of neat PLA with BG in varied thickness caused a significant decrease in UV and visible light transmission. Tensile strength of neat PLA film was significantly decreased by the lamination with BG, whereas elongation at break values increased, probably due to plasticizer addition to BG film. Similar tendency was observed for puncture force and puncture deformation values. It can be concluded from these results that the lamination of PLA films with BG decreased the mechanical properties, whereas improved the UV light barrier properties of neat PLA film. 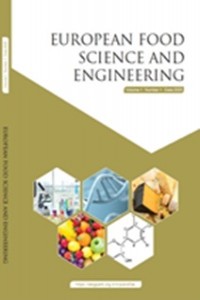