The current population increase in the world is considered as a severe issue to reach for healthy and sustainable food. The animals raised for food on factory farms as well as increasing demand for foods of animal origin have led to the occurrence of some environmental problems. The food, environment and health triangle has forwarded the food industry, and held accountable for 15-30% of the environmental problems, to search for alternative sources. Among them, the alternative protein sources are among the top solutions, supposedly having positive impacts on the food chain system, in accordance with sustainable growth and the Paris Climate Agreement. The production of artificial meat, also so called alternative meat, test tube meat, lab grown or cultured meat, clean meat, in vitro meat is offered as a solution within the mentioned alternative sources. The chronological development of artificial meat, including its advantages, disadvantages, sustainable production, and environmental impacts as well as human health and food safety perspectives, points out the technical and sociocultural dimensions of the assessment. Furthermore, a broad range of questions, such as consumer perceptions, preferability, profit and benefit relationships, assessment of cost and economic aspects, impacts on food industry, and perception by different beliefs are still waiting for to be unlocked. In addition, two important critics are also in front of the society involved in this phenomenon; (1) can alternative protein sources and artificial meat become solution to the problem? and (2) who are the actual beneficiaries offering these solutions to sustainable environment and food systems? It is obviously seen that the alternative protein sources or artificial meat, also so called a different GMO-wise phenomenon, will continue to dominate the agenda of the consumers increasingly. Additionally, the animal source that the cell culture is taken for the artificial meat production and origin of the nutrient media used to develop these cells have led some consumers to have serious concerns about the artificial meat. Overall, we aimed to make a critical evaluation of the artificial meat production phenomenon among the alternative protein sources. 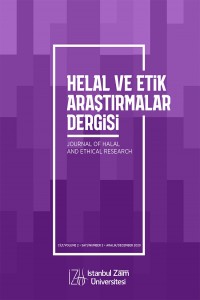