In this study, the effect of pre-service teachers’ purpose of using social networking sites and their critical thinking tendencies on media literacy was examined through structural equality modeling. In addition, the effect of intermediary role of critical thinking tendency was examined within the effect of social networking sites on media literacy. In this study, which was carried out with relational survey model, the study group established through layered purpose sampling consisted of 208 pre-service teachers who attended various departments of a public university (primary education teaching, preschool teaching, and Turkish teaching). For collecting the data, “Social Networking Sites Usage Scale” developed by Karal and Kokoç (2010), “UF/EMI Critical Thinking Tendency Scale” adapted by Ertaş-Kılıç and Şen (2014), and “Media Literacy Level Determination Scale” developed by Karataş (2008) were used. The data were analyzed by structural equality modeling, and SPSS 21 and AMOS 22.0 software were used for data analysis. In this study, the central tendency and distribution criteria for descriptive statistics and demographic variables (frequency, percentage, average, kurtosis and skewness) were calculated. Maximum likelihood method was preferred in predicting the parameters of social networking sites and models created for the impact of critical thinking tendencies on media literacy. At the end of analyses, χ2/df, GFI, AGFI, CFI, TLI, NFI, IFI, PGFI, RMSEA ve RMR goodness of fit indices were used in analysis of goodness of fit values. According to the findings obtained, it was determined that the purpose of use of social networking sites and the tendency of critical thinking had a positive and significant effect on the media literacy. On the other hand, the purpose of social networking sites usage positively influenced critical thinking but this effect was not significant. 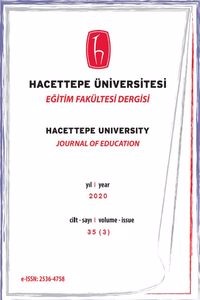