A Review on the Mahdi’s Belief

The mahdism has emerged in the direction of the political and

report). The ontology of Mahdism is understood better when it is examined

together with its political, cultural and religious dimensions, and it seems to be

a political phenomenon with a sociocultural structure rather than a religious

subject. Belief in the mahdi was not included in early aqaid and kalam sources.

Qur'an that’s provision will maintain until the day of Judgement, with the spirit

of referring and make it, only, dependent on a community, on a class or on a

person's mahdism. In this article, those who accept the idea of Mahdism and

those who do not agree are considered together, and its religious, cultural and 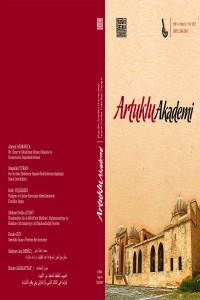