Mu’tazila, a founding school of Islamic thought, has frequently

spoken in every period by its distinctive kalam system, rationalist, libertarian

and inquisitive religious discourse and the original language it uses. Mu’tazila,

system in five essentials. These principles, known as Usul-i hamse, are almost

as-Sunnah in terms of religious interpretation. These principles are not merely

principles of religious justification and content. On the contrary, these principles,

which have emerged under a number of socio-political factors, also have a

number of political aspects. Knowing the background of these essentials can

lead to better understanding of the form of Mu’tazilite thought. For this reason,

our article is based on a thorough analysis of these five essentials. In the study,

background of the five essentials. Thus, this article is the product of an effort to

and is woven with reason, philosophy and justice. 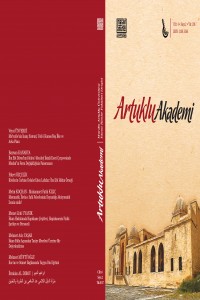