Akhism in the Context of Cultural Heritage Teaching: An Evaluation from the Perspective of Religious Education

One of the most basic aims of education is enculturation. Enculturation is the process of transferring the cultural heritage, which is shaped as a result of the past experiences of the society and has material and spiritual dimensions, to the new generation. As a result of enculturation, it is aimed to raise individuals who recognize, adopt, protect and develop the culture of the society. In today's societies, as a result of globalization, cultural dangers such as alienation and corruption are emerging more and it is becoming more and more important to achieve the purpose of enculturation for the continuation of social existence. Religious education has a separate and important place in achieving the purpose of enculturation in general education. Because religion, which is an integral part of the social structure, has multidimensional effects on culture. Religion, which plays a role in the formation of cultural values, has the potential to spread to the national culture. For this reason, religious education can fulfill important functions such as the protection of cultural values, the establishment of national unity and solidarity, and the healthy functioning of social institutions. The Akhism Organization has succeeded in achieving the aim of enculturation at a high level with the activities it carries out by considering the integrity of matter and meaning. For this reason, the Akhism Organization, which is an educational model, has a separate and important place in the cultural heritage of Turkish society. However, when we look at the studies on the Akhism Organization in the literature, it is seen that the origin, emergence, structure, activities and collapse of the institution are emphasized, and it is not discussed independently and sufficiently in terms of being the subject of cultural heritage teaching. In this research, it is aimed to evaluate the activities implemented by the institution from the perspective of religious education by considering the Akhism Organization in terms of cultural heritage teaching. In this context, the study primarily focused on the relationship between cultural heritage teaching and religious education, and then Akhism as a cultural heritage was discussed. Finally, the success of the Akhism Organization as an educational model has been evaluated from the perspective of religious education. 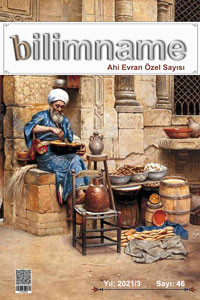