From the ancient civilizations to the present, consumption patterns have been broken into pieces of pieces, and the search for meaning and sense of life has gained momentum in the journey of truth to the human being scattered in the ball of contradictions. At this speed, the conscientious leader of humanity, the voice of humanity, is to develop a measuring, valid and reliable scale. In order to develop the scale draft, the relevant literature was examined by the team members and expression pool consisting of 63 statements was formed. The final scale was developed over 46 expressions and 1041 samples. The research was carried out at Dumlupınar University. According to the findings, 7 sub-factor structure of Conscientious Leadership; “1.Protection and Empowerment”, “2.Civic Sensibility”, “3.Superior Duty Ethic”, “4.Conscious Awareness”, “5.Humility”, “6.Responsibility to the Creator” and “7.Ethical Values” was deemed appropriate by study team. After the Exploratory Factor Analysis (EFA), the scale was tested with Confirmatory factor analysis (CFA) (Structural Equation Modeling) and it was found to be very good with Cronbach Alpha coefficient 0,959. The analysis showed that the load values of the seven sub-factors varied between 0,46 and 0,87 when explaining 0,581 of the total variance of the scale. 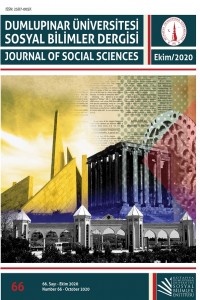