A Useful Implementation for Increasing Speaking and Writing Achievement of the Learners of Turkish: Strategy of Explanation with Different Words

In this study, it was aimed to reveal whether the training of the explanation strategy with different words, which is thought to be a useful practice for continuing the communication without interruption in the moments that occur due to lack of vocabulary and threaten the verbal or written communication process, has a positive effect on the speaking and writing success of Turkish learners. For this purpose, an experimental training process of six (6) weeks was planned and the research was designed with a pretest/posttest control group quasi-experimental model. The study group of the research consists of forty (40) international students who learn Turkish in two classes at B2 level. The data were collected through the achievement test developed by the researcher. At the end of the research, it was understood that experimental training contributed learners to explain unknown words by using other words that they already know and improve the ability to continue speaking when encountering an unknown word during the conversation, to pursue the act of writing when the word or group of words are unknown that corresponds to what is intended to be expressed while writing a text in foreign language, to explain a word or situation by using various features of the word or situation and to be able to make longer sentences and explain the meaning to be produced in more detail. In addition, it was also understood that experimental training helped learners to score better in the speaking and writing sections of the exams. 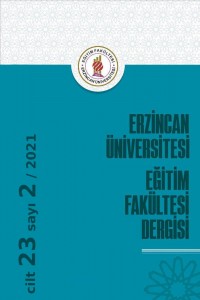