THE EFFECT OF ACADEMICS’ LOYALTY TO THEIR INSTITUTIONS, JEALOUSY AND ENVY BEHAVIOURS ON THEIR ACADEMIC ACHIEVEMENT EFFORTS: SCALE DEVELOPMENT WITH PLS-SEM 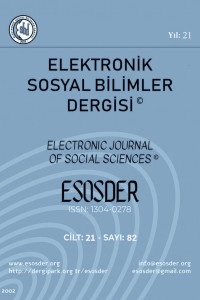