The developments in astronomy have reached a point that surprises and excites humanity. It is important to convey the interest in this field to young people and give them a positive attitude towards astronomy. From this point of view, the research aimsto reveal the attitudes of gifted secondary school students towards astronomy according to gender, class variable, and taking astronomy lessons. The research was carried out by survey method, and the sample consists of students selected through easily accessible sampling. These are 199 gifted secondary school students (10-13 years old). The data were collected from a science and art center (SAC) in Istanbul in the 2021-2022 academic year. Demographic information form and Astronomy Attitude Scale were used as data collection tools. Mann Whitney U and Kruskal-Wallis H analysis were used in the analysis of the data.As a result of the research, the gifted secondary school students' general astronomy attitudes were above moderate. In addition, while there was astatistical difference between the astronomy attitude scores according to the variables of gender and course taking, no difference was found according to the class variable. The attitudes of female students towards astronomy were higher than male students. Again, the students' attitudes who took astronomy lessons were higher than those who did not. According to this result, it is recommended to add astronomy course to BİLSEM programs.It is expected that the research results will contribute to the field of astronomy education and science education for gifted students. 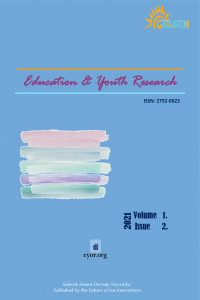