The purpose of the study is to examine the 21st century skill levels of university students in terms of various variables. Quantitative research method was used in this study. Also, this study was conducted at a state university in eastern Turkey. The population of the study was consisted of 534 students studying at the vocational school. The sample was consisted of 358 students who are determined in an unselected manner. “Personal Information Form” and “Multidimensional 21st Century Skills Scale” were used as data collection tools. As a result of the preliminary analysis, since the data did not meet the parametric test assumptions, nonparametric techniques (Mann Whitney U and Kruskal Wallis test) were used. As a result of the research, it was determined that the students' knowledge and technology literacy skills, critical thinking and problem solving skills, social responsibility and leadership skills were at a high level. In addition to this result, it was seen that career awareness is at a very high level. It was determined that students' entrepreneurship and innovation skills were at a medium level. Beside that the students have 21. century skill levels were found to differ according to gender, department, grade point average and father educational level. Various suggestions have been developed in line with the results of the research. 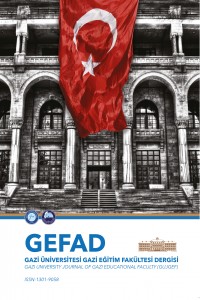