In this study, it was aimed to examine the Organizational Commitment Levels and Mobbing Exposure of Youth and Sports Provincial Directorate employees. The research was conducted with the voluntary participation of 290 Çorum Provincial Directorate personnel. Simple random sampling method, one of the quantitative research methods, which is one of the information collection tools and techniques, was used.. The data collection tool in the study consists of two parts. In the first part, the "Personal Information Form" containing the demographic information created by the researcher were used, whereas the Mobbing Scale and the "Organizational Commitment Questionnaire" were used in the second part. The normality distribution test of the data was done with the Shapiro Wilk test. As the data were not distributed normally, the Mann Whitney test was conducted. Since there are three or more groups, the kruskal wallins test was performed. After Kruskal Wallis test, Mann Whitney U Posthoc multiple comparison test with Bonferroni correction was applied to determine the different groups. Relationships between numerical variables were investigated with Spearmans correlation coefficient in accordance with the data distribution, and Regression analysis was used to determine the cause-effect relationship between scales. For the statistical significance level, p> 0.005 was accepted. In the regression modelling established, it was found that increasing the level of mobbing reduced the organizational commitment rate (r = 0.356; p> 0.05). 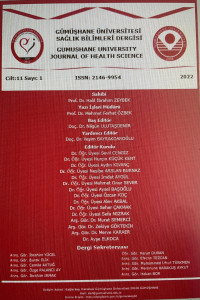