Journal of Apitherapy and Nature

Plant-based milk substitutes have increasingly consumed around the world owing to its a good deal of human health positive effects. Cow's milk allergy, lactose-intolerance, calorie anxiety, and the prevalence of hypercholesterolemia, vegan diets play an essential role in preferring consumers towards these products. Products with plant-based substitutes, nutritionally deficient but rich in bioactive ingredients, can be great options for improving health. We investigated the changes in some chemical properties of cheeses producing from cow's milk containing 0%, 15%, and 25% soy drink in this study. FRAP values of cheeses containing 0%, 15%, and 25% soy drink were measured as 2390,76±44,37, 3367,69±32,63, 3993,84±13,05 µmol Trolox/g cheese, respectively. Due to an increased concentration of soy drink substitutes, their antioxidant activities were increased, but the dry matters of cheeses gradually were decreased. Cheese, which contains 25% soy drink, was found to be approximately two times the antioxidant activity of cheese without soy drink. This work is a preliminary study for soy drink substitution for cheese manufacture. 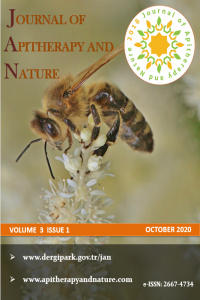