Agriculture is a very important sector for all countries in the world. The fact that it provides capital and raw materials not only for food production, but also for other sectors, provides a wide employment and contributes directly to foreign trade confirms this importance. For these reasons, even developed countries can’t give up protectionism. Many institutions have emerged to get rid of the economic stagnation experienced after the first and second world wars and to revive their economy. The International Monetary Fund (IMF), the World Bank Group, and the General Agreement on Tariffs and Trade (GATT), which has now become the World Trade Organization (WTO), are among the leading ones. In the GATT process, many decisions were taken regarding the agriculture sector as well as industry and services, but the desired results could not be achieved until the establishment of the WTO. In the Uruguay Round, in which the WTO was officially established, the Agriculture Agreement was accepted as an additional agreement. The aim of this agreement is to fair and liberalize agricultural trade. To achieve its purpose; It has made regulations on market entry, export subsidies and domestic supports. As in other countries, the agricultural sector has an important position in the economy for Turkey as well. Although the industry based on the agricultural sector has a very important place in the Turkish economy, the export and import of agricultural raw material products have a serious importance in the composition of foreign trade. The aim of this study is to discuss the effects of the GATT process on the agricultural sector and trade in agricultural products. 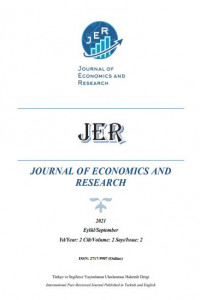