In this study, the effect of mathematics teaching, which is carried out with the help of activities consisting of some mind-intelligence games and logic questions, on the attitudes of seventh grade students towards mathematics and their critical thinking skills was examined. The implementation took seven weeks. The nested design, which is one of the mixed methods research designs, was used in the study. The study group of the research consisted of seventh grade students studying in two different branches in a secondary school in the province of Elazig in the 2018-2019 academic year. Of these branches, the experimental group consisted of 37 students and the control group consisted of 38 students. In the study, attitude towards mathematics scale (MYTÖ), critical thinking skills test (EDBT) and semi-structured interview form were applied. Mann Whitney U, dependent t test and independent t test were used in the analysis of quantitative data. Qualitative data, on the other hand, were subjected to descriptive analysis. It was observed that the application had a statistically significant effect on students' attitudes towards mathematics. In the interview, it was seen that this effect on the attitude towards mathematics was both cognitive and affective. In the study, it was seen that the application did not have a statistically positive effect on students' critical thinking skills. However, in the interview, the students stated that they showed improvement in behaviors such as questioning, searching for different solutions, and developing a deep perspective on questions. For this reason, various mind-intelligence games and logic questions should be used in lessons in order to increase the attitude towards the mathematics lesson and to develop critical thinking skills. 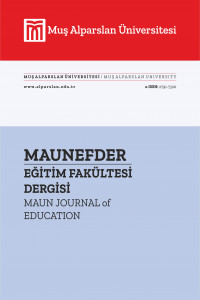