THE EFFECT OF TEAM-ASSISTED INDIVIDUALIZATION TECHNIQUE ON THE ACADEMIC SUCCESSES, ATTITUDE AND SOCIAL ACCEPTANCE OF THE STUDENTS INCLUSIVE EDUCATION

Abstract: The aim of this study is to determine the effects of the use of cooperative learning method team-assisted individualization technique in mathematics course teaching on normal and mainstreaming students' course success, attitude towards the course, social acceptance and permanence level of information. In the research, semi-experimental design with pretest-posttest control group was used. The research was carried out in three primary schools located in a city center, on three experimental groups and three control groups, one experiment and one control group in each school. Achievement test, math attitude scale, social acceptance scale, peer preference form were used as data collection tools. Mann Whitney U Test, Wilcoxon Sign Test and Friedman Test were used in the analysis of quantitative data. According to the results of the research, it is determined that team assisted individualization technique is more effective on academic achievement, permanence, positive attitude towards mathematics and social acceptance level of mainstreaming students who have normal development and have learning difficulties according to the methods proposed in the curriculum. Based on the results of the research, it has been suggested that the application of team assisted individualization technique in mathematics education in the classes where inclusive education is carried out, and similar researches in the context of different courses attended by students with different special needs other than learning disabilities. 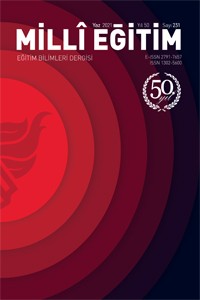