In this study, it was tried to find out the level of the teachers 'political skills and analyzed according to the teachers' opinions. A total of 225 teachers attended the research in 12 primary, secondary and high schools in the province of Mamak, Ankara. The data were collected by Özdemir and Gören (2015), developed by Ferris et al. (2005), using the "Political Skill Inventory (PBE)" in which the conformity study of the Turkish form was made. The collected data were analyzed by downloading to the SPSS program.The analysis has resulted in the result that the political skills of the final teachers are moderate. Teachers' highest political competencies have emerged in the dimension of "looking sincerely". On the contrary, the lowest average "skill of establishing a relationship" among the teachers' political skills was determined. When the average scores were evaluated, it was seen that male teachers had statistically higher level of political skill than female teachers. Also, it was determined that the teachers' political skill level did not show any significant difference and similar level of marital status, education status, school type and seniority variables. As a recommendation; A qualitative research can be done on the reasons why the teachers' ability to establish a network of relationships is low. 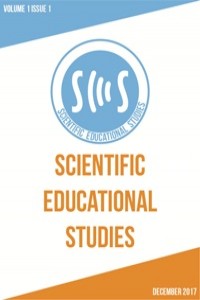