This text deals with Gülüşan, directed by Bilge Olgaç, a female director who has struggled to survive in the business, and this film is analyzed in terms of Olgaç’s film language. It claims that she brings identities of femininity and masculinity and the construction of roles into the discussion. She also shows in this film that people can change, and she tries to understand and express the social conditions that have an influence on people and their history. 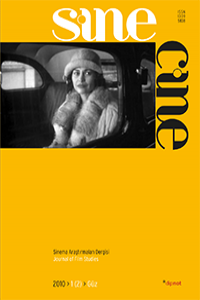