Every object found in archaeological excavations that shed light on the daily life of the past can also raise new questions that need to be answered. A group of stone pipe materials from the Ottoman period found during the excavations of the Agora of Smyrna are notable and rare examples in terms of technical and form characteristics. These examples, the vast majority of which are semi-finished, have caused problems with the place of production, the way of production, the choice of materials and the experience of the master. In parallel with the existing finds, the stone pipes were examined in detail and it was aimed to determine the inferences about these problems as well as the place of these stone pipes among the Ottoman pipes. Based on the stone material residues, some of the stone pipes, which are understood to have been produced from ancient stones in the excavation area, were broken during shaping, and some could not be processed because the material was too hard. It is understood that clay pipes were taken as examples in the choice of form of stone pipes. While there is no ornamentation in hard-formed stone pipes, simple scrapes are found in pipes that made of limestone. It is not certain in how many workshops and in what time period semi-finished and fully formed stone pipes were produced. The Agora of Smyrna samples of stone pipes, which were found very little compared to clay pipes in the excavations, have a special place among the Ottoman pipes in that the place of production is one of the stone pipes where it was decisively identified in the city. It is also one of the rare examples in terms of reflecting the production technique and properties such as material selection. 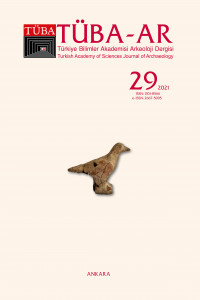