Manuel Castells, one of the scientists studying on information and communication technologies today, is also known for his works in the fields of urban sociology and globalization. Manuel Castells' work, which is the subject of this article, begins with Marshall McLuhan's reference to the Gutenberg Galaxy, as the name suggests, with the network being a message. In the work, the network through the Internet; different aspects from culture to politics, from economy to international relations, from multimedia to education are mentioned. The Internet Galaxy: Reflections on the Internet, Business, and Society was originally published in 2001 by Oxford University Press. The book, which was translated into Turkish by a translation group of ten people, was prepared by Prof. Dr. Tugba Asrak Hasdemir. The book was published by Phoenix Publishing, in 2020. In the introduction section titled 'Invitation to the Internet Galaxy', which was written specifically for the Turkish edition of the book; The main points of Manuel Castells's scientific and individual life adventure, the place and importance of the Internet Galaxy in this adventure, as well as the collective translation and preparation adventure of the book into Turkish, is told. The bibliography given at the end of each chapter of the book, which consists of nine chapters, has guided the reader about the subjects. 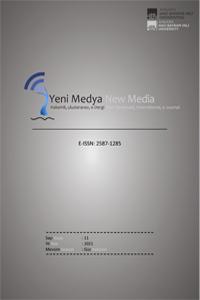