The oleaster (Elaeagnus angustifolia L.), also known as Russian olive, is a tree which acclimatizes well even to arid and barren lands and thereby grows in a wide geographical regions of Mediterranean and Central Asia and countries such as Turkey, Russia and Kazakhstan. Fruit of oleaster tree is a food which contains significant amounts of nutritive materials such as dietary fiber, phenolic acids, tannins, carotenoids, vitamins, potassium, sodium, phosphorus and magnesium. In this research, it was aimed to enrich wheat flour with dietary fibers and other functional compounds by incorporation of oleaster flour. For this aim, different concentrations of (0%, 5%, 10% and 15%, w: w) of oleaster flour were substituted with the bread wheat flour and physical and rheological properties of the flour and the corresponding dough were analyzed. In the case of farinograph analysis results of the dough samples enriched with oleaster flour, water absorption values decreased gradually (P<0.05) from 57.25% to 51.85% while decrease in stability and dough development by substitution of wheat flour with 5% oleaster was insignificant (P>0.05). Extensograph studies showed that oleaster flour substitution significantly (P>0.05) increased energy, resistance to extension and maximum resistance values of the dough. Percent extensibility was negatively influenced or not affected from oleaster addition at different proving times. In conclusion, it was determined that physical and rheological properties of dough changed by oleaster flour substitution and especially 5% or 10% addition of oleaster could be favorable for bread-making based on farinograph and extensograph results. However, influence of oleaster flour addition on properties of the final product should be investigated to fully reveal its convenience in bread flour formulation. 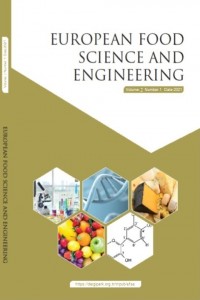