The purpose of the study is to determine the effect of argumentation-based inquiry approach (ABI) and STEM-supported ABI approach on students’ academic achievement, scientific creativity and reflective thinking skills for problem solving, and to determine students' views about the process. Explanatory sequential design, one of the mixed research methods, was used in the study. A total of 41students (N=20 boys, n=21 girls) studying in the seventh grade of a secondary school in north-east Turkey constitute the study group. In the study, the two classes that the same teacher attended was randomly determined where one was an ABI group (N=21) and the other a STEM-supported ABI group (N=20). The groups worked with the same teacher throughout the study. In the quantitative dimension of the study, Academic Achievement Test, Reflective Thinking Scale for Problem Solving, and Scientific Creativity Scale was used, while semi-structured interview form was used in the qualitative dimension. Independent Groups T Test and ANCOVA were applied in the analysis of quantitative data. Content analysis was performed in the analysis of qualitative data. In the research, it was concluded that students' reflective thinking skills for problem solving, scientific creativity and academic success are more developed in applications made by integrating STEM into the ABI approach. 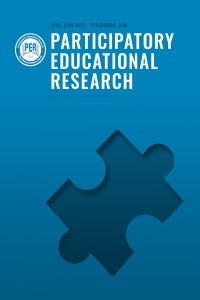