The enthronement, that means ascending the throne of crown prince in Ottoman Empire, has gained importance because of preventing the fight for the throne in state and as formal way of obeying the crown prince ascending the throne. In Turkısh people, who have a rooted state tradition, accession to the throne had been performed with a ceremony and continued as an honorific expression to management and state in future. At the same time, these ceremonies have meant the presentation of loyalty and respect to the head, so the enthronements made in Ottoman Period have subjected to many miniatures and historical manuscripts as well as those in ŞEHNAMES. Especially the stylistic features, period identification, public perception, management perception, miniature mentality at that period and conditions of artists’ reflection of stylistic features (possibilities along with artistic perceptions) seen in miniatures are about to the ceremonies of accession to the throne, including those in ŞEHNAMES. These are the primary sources of this study. In this research, stylistic features of miniatures, taking part in enthronement ceremonies, will be analyzed, and the reasons of differences and divisions are examined. It has been aimed to shed light to those specific studies in the field such as enthronement ceremonies, authority, public perception, emperor perception and art perception have been existed together, on the basis of miniatures 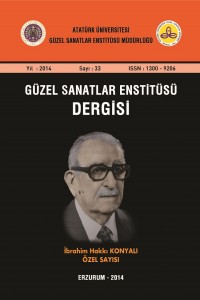