Reputation is an intangible asset stemming from the rational and perceptual evaluations of different stakeholder groups regarding an organization. It is also a valuable asset helping organizations gain a competitive advantage as well as being a crucial tool through which organizations protect themselves particularly in turbulent times such as the one Facebook Inc. has recently been going through. As it has turned out that personal data of up to 87 million users was obtained by an analytics firm without users’ permission, the company have had quite hard times and this also led to significant reputational damage that is hard to fix. For instance, in response to the revelation of the scandal, lawmakers and regulators in the U.S. and U.K. increased their scrutiny of the social media giant and furious users across the world who are protestingithave launched "Delete Facebook" campaigns. Hence, this survey conducted in the wake of the news of the scandal attempts to determine whether the people would continue to use their social media accounts or not by utilizing the perceived reputation scale. The analysis was done through Decision Trees technique and the rules that affect the perception of the participants and their preferences are revealed. Participants' reputation perceptions are mapped and the probability value of each decision is calculated by the Naive Bayes algorithm. Accordingly, in the decision tree diagram, thirteen rules were obtained. Then, the probability values of each decision made by the Bayesian classifier were calculated and the output of the decision tree diagram was tested. As a result, each rule obtained from the Decision Tree diagram has the same result as the Bayes probability values. 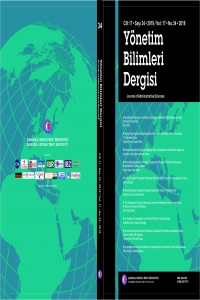