Halva derived from Hulv, which means Arabic dessert, is a food that has always attracted attention in the Turkish society. Physiologically, people need sweets to increase their energy as well as the need to eat. They meet this requirement with fruit, but they satisfy this requirement with sweets made with flour or pastries. Halva has a special importance in the Ottoman Empire as a floury dessert.

When looking at Evliya Çelebi travel sourcing and sources of Ottoman cuisine, the word halva is used for floury/ starchy, oily, honeyed or sugary desserts. Halva; It is a simple and nutritious sweet variety made with sugar, oil, flour or semolina. Halva made in the Middle East and Balkan countries in the world is seen after the acceptance of Islam in Turks. Halva, which has an important place in the Turkish cuisine culture, was accepted in the Ottoman palace kitchen and gave its name to the place where it was built. In the palace, the place called as Helvahane, formerly known as Matbah-ı Amire, is known as the place where the desserts are made, as well as the halvah. In helvahâne; made of halva, paste, jam, compote and syrup.

In the journey from birth to death, human beings have a holy meaning,  made and served. Helvales can be examined in four groups. There are documents that the Helva-i veterans, which were in the group of halva containing flour, starch or semolina, were made in the 16th and 17th centuries. It is also known that this halva was made in the army in the 19th century. In this study, halva, which is included in the culinary culture which is considered as intangible cultural heritage, is being investigated. The importance of the Helva of “Helva-i Gaziler” among the halva varieties, the place in the society and the difference from the other halves will be transferred. 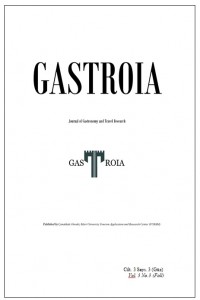