THE EFFECT OF PERCEIVED RESTAURANT CLEANING ON CUSTOMER SATISFACTION

Restaurants have evolved from past to present to adapt to human needs and intense competition. Even though this change and differentiation in the food and beverage sector is constantly evident; ensuring customer satisfaction and compliance with health conditions have been overwhelmingly felt in the food and beverage sector, including restaurant establishments over the last hundred years. Restaurants provide customer satisfaction and want to be advantageous in the market. One of the important points in providing customer satisfaction is to provide a clean food and beverage service. In this context, the aim of this study is to determine the perception of restaurant cleaning perceptions and the effect of restaurant cleaning perception on satisfaction levels. 427 people living in Mersin city center and accepting to participate in the research were included in the sample by using the sampling method. The data were collected by the researcher between 30 March-15 April 2019 and collected by face-to-face interview methods. After the survey, multiple slings and multiple normal distribution conformity analyzes were performed. As a result of the analyzes, 28 observations with multiple slings were excluded from the data. In this way, 399 people were analyzed. In the scope of the research, descriptive factor analysis, difference tests and regression test were conducted. As a result of the explanatory factor analysis, the cleaning of the restaurant, respectively; “the interior of the restaurant”, “toilet”, “food”, “outside the restaurant”, “the waiter's behavior” and “waiter’s appearance” was detected in six dimensions. On the other hand, significant differences were found in terms of gender, age, marital status, income, occupation, frequency of going to restaurant, average amount paid in restaurant, number of people going to restaurant, type of restaurant going, working / not working as cook or waiter before. However, a moderate (0.528) positive and significant relationship was found between perceived restaurant cleanliness and customer satisfaction. In addition, the perceived restaurant cleaning as a result of the regression analysis revealed 27.8% of customer satisfaction. The findings have led to the development of recommendations for restaurant operators and researchers. 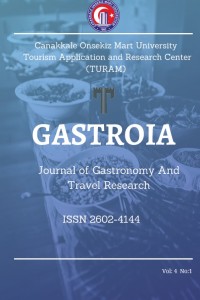