The main objective of this study is to determine the relationship between the empathic tendency levels and thinking styles of preschool teacher candidates. In this study that was patterned with the relational survey model, the data were collected through the use of the personal information form, empathic tendency scale developed by Dökmen (1988) and the thinking styles inventory which was developed by Sternberg and Wagner (1992) in accordance with the Mental Self-Management Theory and was both shortened and adapted into Turkish by Buluş (2006). The sample group of the study consisted of 209 teacher candidates who were selected through the suitable sampling method from Pamukkale University Faculty of Education Department of Primary Education and Preschool Education in the school year of 2014-2015. “Ninety percent” of the teacher candidates who participated in the study were female (n=188) and 10% were male (n=21). The data acquired in the study were analyzed by using the statistical methods of percentage, frequency, arithmetic mean, t-test, ANOVA, Pearson Product-Moment Correlation Coefficient and Linear Regression with the help of the SPSS package software. As a result of the study, the empathic tendency levels of preschool education teacher candidates were presented as a mean value ( X =70.50) and it was concluded that variables like gender, class levels and age did not significantly affect the empathic tendency level. Regarding the thinking styles, on the other hand, it was determined that they mainly preferred the legislative and executive styles and merely the conservative style. It was also determined that some subscales of thinking styles significantly differentiated according to gender, class levels, and age. Furthermore, statistically significant correlations were obtained in some subscales of empathic tendency and thinking styles. Accordingly, the acquired results were discussed with the results of other studies in literature and some recommendations were made. 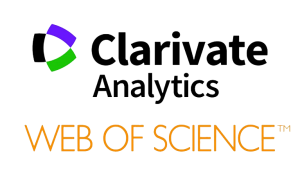