The Black Sea region, which constitutes a large part of fishing in Turkey, is also a region where aquatic products are extensively consumed. In this regard, the retail outlets selling aquatic products in the region have an important potential. In this study carried out in Rize, which is an important city of the Eastern Black Sea region in terms of aquaculture, socio-economic data of the personnel working in the retail outlets selling aquatic products were researched. A questionnaire with 28 items was conducted among 60 individuals in 38 businesses. According to the obtained results, age distribution was found to be the highest among the ages of 46-55 with 41.67%. The highest value in education was determined in the high school group with 38.3%. It was determined that 73% of the employees are members of a civil society organization. The frequency of reading books and newspapers was found to be low in all employees. It was also observed that the economic budget allocated for education and cultural expenditures is not sufficient. It was determined that the rate of homeowners is very high with 76.67%. In this study which reveals various data related to the employees of retail outlets selling aquatic products, some significant socio-economic data were obtained. 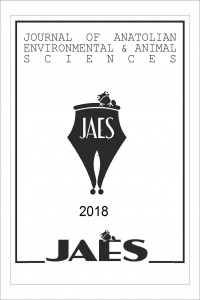