In this study, it is aimed to define the relationship between the personality traits based on 5-factors and the school principals' altruistic behaviors at basic education schools in central districts of Ankara. The relational survey model of the quantitative research type was used in the study. The research smaple composed of 645 principals in 901 basic education schools and 239 principals in these schools. A five-point Likert Type scale, developed by the researcher, for displaying the frequency of altruistic behaviors, and a 44-item inventory, developed by Benet-Martinez and John in 1998 and adapted to Turkish by Sümer, Lajunen, and Özkan in 2005 was used as a research instrument. The data obtained by this research has shown that extraversion, agreeableness, conscientiousness, and openness to experience based on 5-factor increase the altruism oriented properties like benevolence and social/supportive behaviors. All subdimensions of altruistic behaviours and neuroticism are inversely proportional. The most common altruistic behavior that has been displayed by school principals is benevolence. When the dominant personality traits of school principals were examined, the most common personality trait preferred was “agreeableness,” while the least preferred personality trait was “neuroticism”. 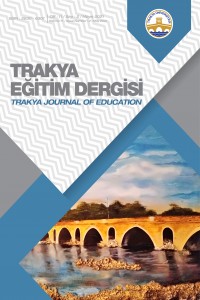