Innovation is considered among the basic elements of economic growth and international competitiveness. This function of innovation ensures that it is among the subjects that are given importance by decision makers. However, policy design and implementation also requires considerable effort due to the complex and time-consuming nature of innovation. The aim of this study is to investigate the innovation policies of the European Union, which wants to make sustainable its competitiveness and to make the innovation policy a common Union policy, and of Turkey, which continue to be adapted with the Union and want to increase its competitiveness. In this context, as well as their innovation policies, the innovation performance of the Union and Turkey, has been analyzed through various indicators. Studies have shown that countries with strong innovation performance are among the countries that have a say in international competition. On the other hand, it has been observed that there is a significant innovation gap between Turkey and the Union. These results show that the multipolar structure of the Union itself affects the average of innovation of the Union. From the perspective of Turkey, it is thought that the inconsistency between the implemented policies and the innovation output stems from the issues in the implementation of the policies. 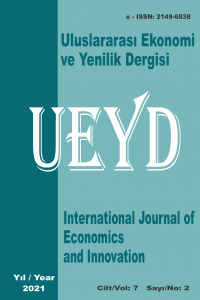