CONSUMPTION AND CONCERNS FOR INSECT PROTEINS AS HUMAN FOOD

Despite the measures taken for the rapidly growing world population, industry and human-induced environmental pollution and global warming reduce agricultural lands and clean water resources that make it difficult to produce sufficient food and protein. Proteins are vital nutrients for the body, which are essential for nutrition and other metabolic activities, that are mostly obtained from plant or animal sources. It is expected that the world population will reach 9 billion by 2050 and the current food needs will be doubled. In parallel, the consumption of meat, which is one of the main sources of animal proteins, is expected to reach an average of 49 kg/person in 2050, and it is calculated that this corresponds to an increase of 40% when compared to the current production. Unsuitable agricultural lands and polluted clean water resources makes it difficult to raise cattle, sheep and poultry, and thereby to produce sufficient amount animal-based food. In addition, the fact that carbon dioxide and methane emissions caused by cattle trigger global warming has led academic and industrial circles to find alternative protein sources. Artificial meat, microbial and insect proteins have gained interest in the food industry with a potential of being an alternative to the proteins obtained from meat and meat products. For example, insect consumption, entomophagy, is a traditional feeding practice in some Asian, African and South American countries with as many as 2000 different insects. Most of the insects used for this purpose are beetles, butterflies and caterpillars, crickets, grasshoppers, bees, ants, etc. The biggest disadvantage of on-farm insect production and consumption, which has been proposed by the FAO as a remedy for food shortages, is that their acceptance is difficult due to the yuk factor/disgust for normal consumers. In addition, there are many biological and chemical health problems related with insect consumption, especially allergies, which occur with the consumption of their proteins. Although there have been some exceptions, people generally stay away from insect consumption due to health, religious and ethical concerns. In this article, the historical development and current situation of insect consumption, farm production and processing of their proteins, and the effects of these proteins on human health and nutrition, as well as the technical and socio-cultural dimensions of the process are discussed. 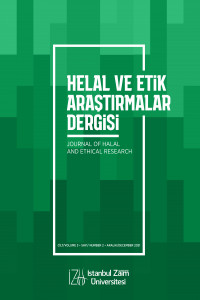