The Validity and Reliability of the Language Teaching Self Efficacy Scale

The aim of this study is to develop a valid and reliable scale to measure prospective language teachers’ language teaching self – efficacy. For this aim, the Language Teaching Self – Efficacy Scale is developed. The data is analyzed with PASW Statistics 18 and LISREL 8.80 programs. At first, a draft scale consisting of 45 items was developed in the development procedure and experts were asked for their opinions on the conformity of items in terms of language, expression and content validity. Based on the expert opinions, the items were revised and items, which were not found to be appropriate, were excluded. A draft scale with 30 items was finalized. As next, the validity of the scale is examined with exploratory and confirmatory factor analysis methods. The reliability is determined according to the result of Cronbach alpha value. The draft scale was administered to 150 prospective language teachers in the majors English, French and German language teaching and validity and reliability determined. The analysis revealed that the scale consisted of three factors. The reliability of the scale was evaluated with Cronbach’s alpha reliability coefficient for internal consistency. The Cronbach’s alpha for the entire scale and the subscales were calculated. The internal consistency coefficient for the entire scale was found to be .85, for the subscales ‘Planning’ .59, ‘Performing’ .89 and ‘Evaluating’ .88. Based on the analysis results, a scale with 22 items was finalized. 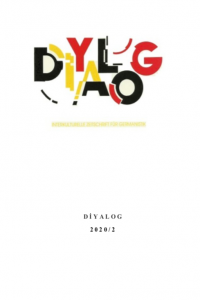