The aim of this study is to adapt the Rotterdam Emotional Intelligence Scale developed by Pekaar and others (2017) to Turkish. The study was carried out with 487 teachers working in the city center of Antalya in the 2017-2018 educational year.  The scale was first translated into Turkish and after the linguistic validity procedures, the pre-application was made and the scale has become ready to use. As a result of the exploratory factor analysis, a structure which explains about 68% of the variance with sufficient load value under four factors was obtained as in the original scale. As a result of confirmatory factor analysis conducted in order to confirm the four-factor structure, the scale structure was confirmed. For the reliability of the scale, the Cronbach Alpha Coefficient was calculated as .91 for self-focused emotion appraisal dimension, .91 for other-focused emotion appraisal dimension, .89 for self-focused emotion regulation dimension, .93 for other-focused emotion regulation dimension and .94 for the generalized scale. According to these results, it can be said that the Turkish form of Rotterdam Emotional Intelligence Scale is valid and reliable. 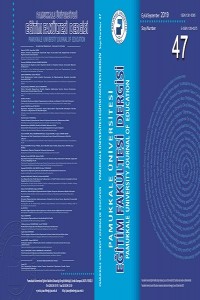