Journal of the Faculty of Divinity of Ankara University 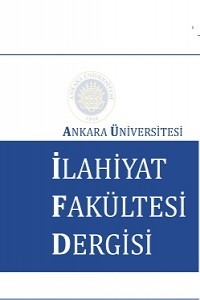 Announcement: Due to a large number of articles in progress in our journal system, research articles submitted after 6.7.2022 will not be evaluated for the November issue 63:2 (2022).

It has published very influential articles mostly in Turkish but also in English, Arabic, Persian, and occasionally in German and French. Articles published in earlier decades were some of the first modern academic studies in various subdisciplines of Islamic and religious studies in Turkey. The journal played the most significant role in establishing an academic style in modern Turkish ilahiyat studies and it has been one of the leading and the most respected journals in its field since its establishment. AUIFD is published twice a year (May 31,  November 30).

5. ʿAqd al-Nikāḥ: Explaining the Nexus Between Marriage and Contract in Islamic Law

AUIFD is licensed under a Creative Commons Attribution-NonCommercial 4.0 International License.