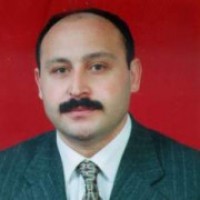 Dr. İlker Bekir Topçu is currently professor in the Civil Engineering Department, Eskişehir Osmangazi University, Eskişehir, Turkey. He graduated from Engineering and Architecture of State Academy in 1980, and obtained his Masters degree from the Institute of Science, Anadolu University, Eskişehir, Turkey, in 1984 and joined the teaching profession as a research assistant in 1982 at the Anadolu University. He obtained his Ph.D. from the Institute of Science, İstanbul Technical University, İstanbul, Turkey, in 1988. He has worked as a visiting scientist at the Lehigh University, from 1990 to 1992, and Northwestern University, from 1996 to 1997. He has published 180 refereed papers in international and national journals, 229 proceedings papers in international and national congress and symposiums, 13 book chapters and 57 actual papers. His papers cited more then 8700. He supervised 13 PhD and 42 Ms Thesis. His research interests are lightweight, heavyweight and high-strength concretes, concretes using industrial wastes such as fly ash, bottom ash, silica fume, waste tire, waste glass and waste concrete, Khorasan mortars, concrete as a composite material, using admixtures and additives in concrete, Ferrocement and using artificial neural networks and fuzzy logic techniques in concrete technology. He is currently supervising 8 Ph D and 8 Ms Thesis. Married and has a daughter. In 2018, ASCE 2017 Outstanding Reviewer was selected. In 2019, it became the 4th in the Top Ten Awards given by the ESOGÜ Rectorate for academic publications and 11th in 2020. In July 2020 prepared by a team of US and Dutch scientists, scientists around the world who took part in the 196 most influential people from science to the list of Turkey. In an article prepared by Stanford University researchers in October 2020, it was among the top 2% of the names in the world in the evaluation made according to various citation indicators such as citation, h-index, hm-index. He has been ranked 30th in the world and in 1st in Turkey amongst 27014 authors in the subject area of "Building and Construction" in a list of top scientist subject-wise, an independent study conducted by Stanford University Scientist.

Journal of Engineering and Architecture Faculty of Eskisehir Osmangazi University

Journal of Science and Technology of Dumlupınar University

Journal of Engineering and Architecture Faculty of Eskisehir Osmangazi University

Journal of Engineering Sciences and Design

Journal of Natural Hazards and Environment

Nevsehir Journal of Science and Technology

Turkish Journal of Nature and Science
^: The citation statistics shown here are queried from CrossRef. Popular publications listed here, are based on the add-to-favorites statistics of the researchers on DergiPark. Statistics shown on this page are not updated real-time, it takes around 24 hours to be updated with the real values.

: Click to get information about the DergiPark User Badge.