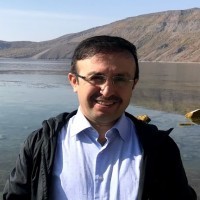 Selim Hilmi Ozkan is Professor of History at the Yildiz Technical University. He is currently working on the Ottoman diplomacy and Ottoman foreign policy. His most recent publications include “Reasons for Migration of Armenians in the Ottoman Empire before 1915”, African and Asian Studies, 19, 3, (2020), 282-305; and “Arms Smuggling across Ottoman Borders in the Second Half of the 19th Century” Journal of Balkan and Near Eastern Studies, 18, 3, (2016), 297-312. He is currently working on a book project: Migrations and Migration Routes from Cebel-i Lebanon to United States of America End of Nineteenth Centuries.

Yildiz Social Science Review
^: The citation statistics shown here are queried from CrossRef. Popular publications listed here, are based on the add-to-favorites statistics of the researchers on DergiPark. Statistics shown on this page are not updated real-time, it takes around 24 hours to be updated with the real values.